In commemoration of International Women’s Day, let’s praise the role of Ugandan women in safeguarding marshes, one of the most biodiverse ecosystems that is key to livelihoods and water security.

Wetlands are unique ecosystems, home to a diversity of flora and fauna species, in addition to sustaining the livelihoods of many women and men around the world. The Achwa River catchment in Northern Uganda, home to a dense network of seasonal and permanent riverine marshes, is no exception.

Climate change, urban spread and overuse of natural resources has taken a toll on these important biotopes. Over the past two decades, the Achwa basin lost over 680 km2 of wetlands and currently 20% are considered degraded. This river basin is the second in Uganda in terms of marshes decline, just behind the Lake Victoria catchment. Women in this area are taking the lead in local governance structures to preserve their wetlands. 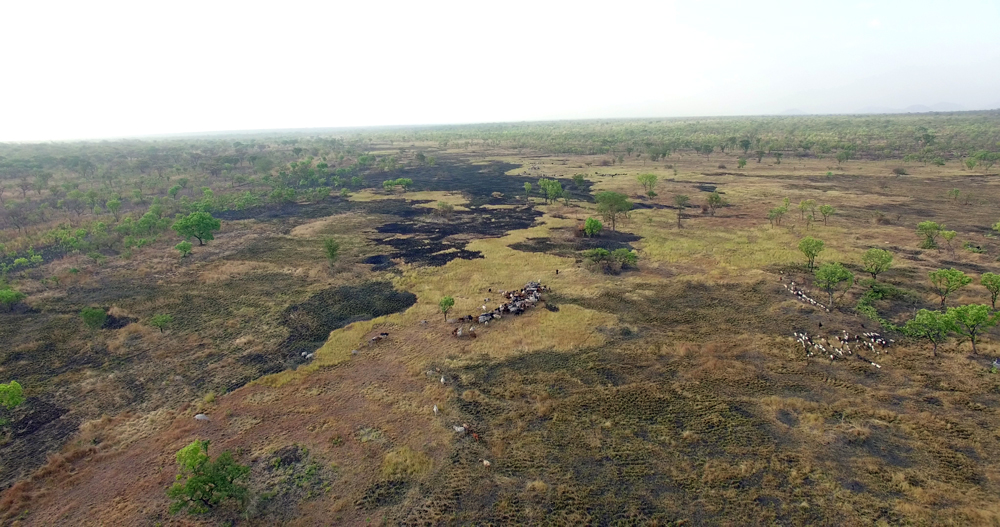 The two of them never miss an opportunity to join the wetlands sensitization campaigns, to organize meetings, community dialogues, or demarcation exercises to protect their wetlands.

Within this committee, women are proactively engaged in leading wetlands conservation as their livelihoods highly depend on it, from the provisioning of water for cooking to the use of plants for medicine and crafts. In addition, women are also a major stakeholder in the fishery sector. Crafts making is seen as a low investment eco-enterprise that contributes to household welfare as well as environmental protection. Through indigenous knowledge and harvesting techniques of selected craft materials, women sustainably use wetlands products for small-scale production of goods. For example, papyrus and wood are used for crafting brooms and other materials. 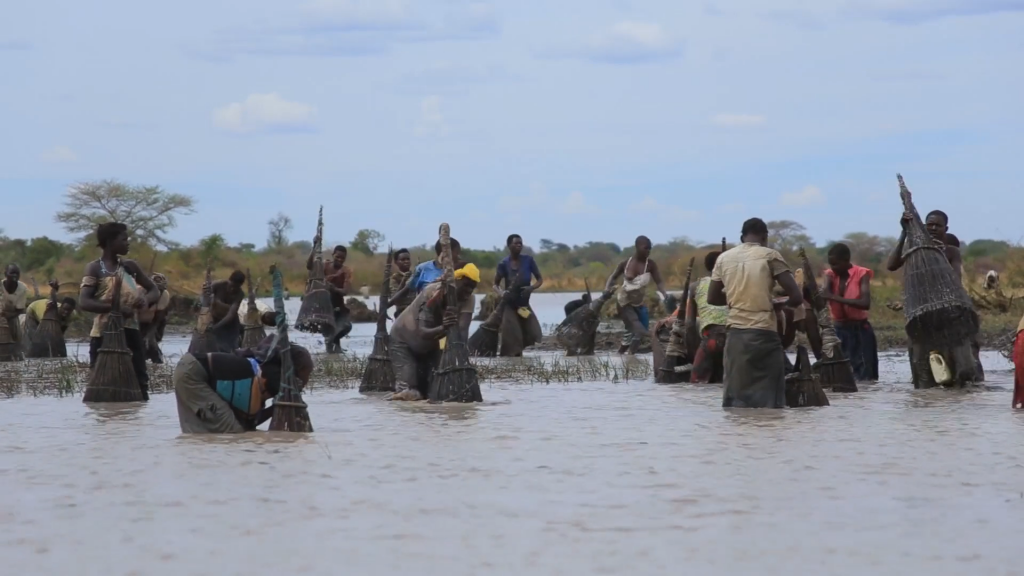 Aol Dorcus and Apio Kevin are benefiting from a project launched by CARE International in the Partners for Resilience Alliance, with funds from the Dutch Ministry of Foreign Affairs. The project aimed to reduce the impact of annual floods and droughts on vulnerable communities as well as integrate risk management in policy frameworks. A project funded by the European Commission and coordinated by the Partners for Resilience in collaboration with the United Nations Environment Programme (UNEP) aims at strengthening the resilience to disasters of 160,000 vulnerable people in 5 districts of Eastern Aswa Catchment in northern Uganda. The project has now reached 107,254 beneficiaries so far with 50% of teh beneficiary group being women. 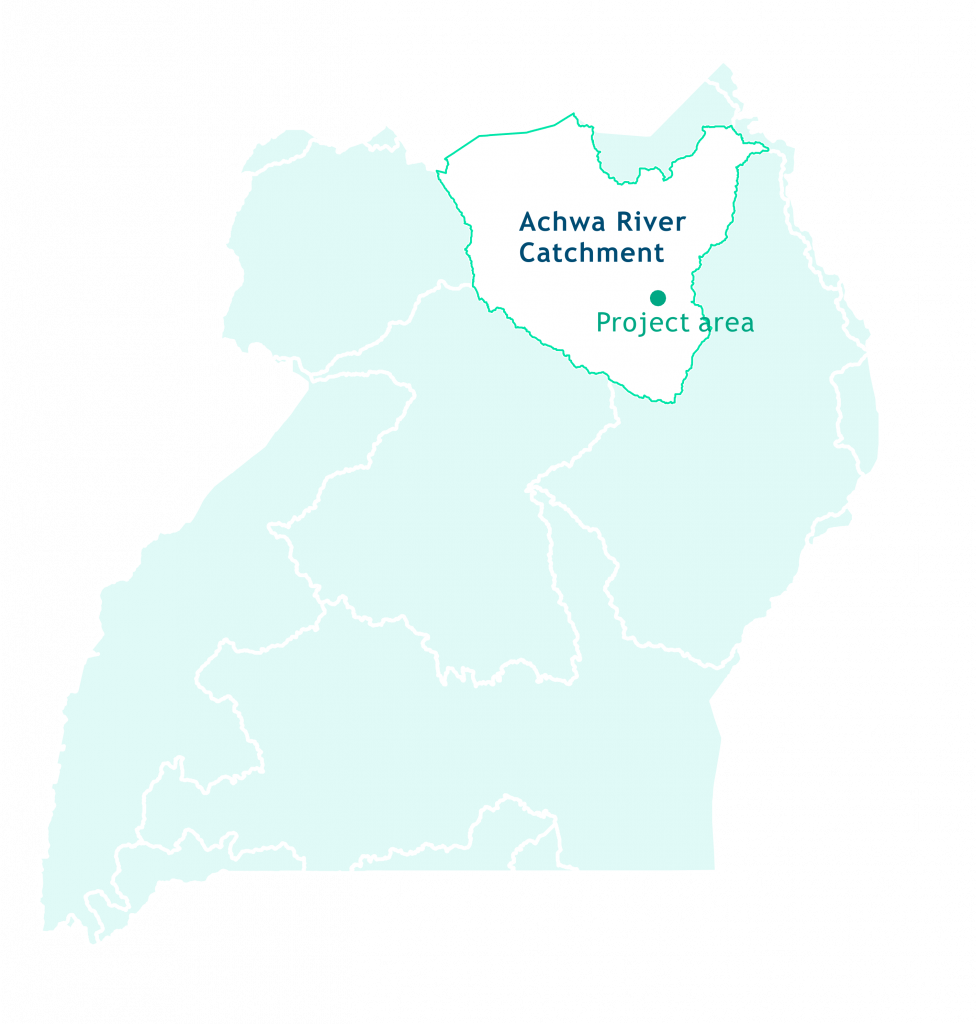 Working together with the communities, 29,570 hectares of land has been successfully restored and protected around targeted micro-catchments. Accordingly, having a positive impact on populations residing in the districts of Otuke, Agago, Alebtong, Abim and Kotido in northern Uganda.

Through community involvement, the project seeks to increase local capacity, especially of youth and women. Activities include backfilling the pits where clay soils are harvested, collecting only mature papyrus to allow young ones to fully develop and harvesting mature brooms in both dry and wet seasons.

One of the main efforts so far has been the demarcation wetlands, because their boundaries remain to a large extent unclear to the communities, which can contribute to their degradation. Indeed, the marsh biotope is under pressure, from rice cultivation expansion and tree cutting for charcoal production, challenging sound ecosystem management. These practices, associated with the effects of climate change, led to water scarcity in the Achwa region.  This context generated insecurities, especially for women who then walk longer distances to fetch water in boreholes. As highlighted by UNEP’s web story, climate change negatively affects gender relations in Uganda.

Once the wetlands have been demarcated, communities can graze cattle and grow rice from 30 meters beyond wetlands boundaries. Initial achievements include the development of five wetland management plans and committees to sensitize communities on the values of wetlands and their role in mitigating disaster and climate risks in the Otuke district.  The project managers are planning to extend this model to the Wetland Management Committees of the Alebtong district.

Apio Kevin’s and Aol Dorcus’s work within the Wetland Management Committee is essential as they continue to mobilize local political leaders and community members to save their riverine wetlands and offer more sustainable alternatives for fuel production and certain crops. As we commemorate International Women’s Day, let us celebrate the energy and commitment of these inspiring women.

Hear more about women’s empowerment through NbS in Uganda from Marion Iceduna, Consortium Manager on Ecosystem- based Disaster Risk Reduction at CARE International in Uganda, in our latest podcast episode “Talks 4 Action” – coming out Friday 11th 2022.