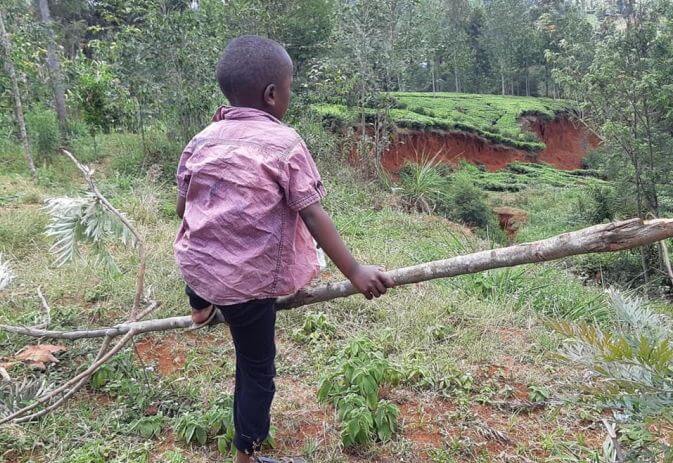 While some climb gingerly down the debris to get a better view, others interview his grandmother. ‘Was there a crack and a loud noise when it fell?’ they ask Faith Wangari, who came to the village of Kayu in Murang’a county as a bride in 1960 and never learnt to write her name. 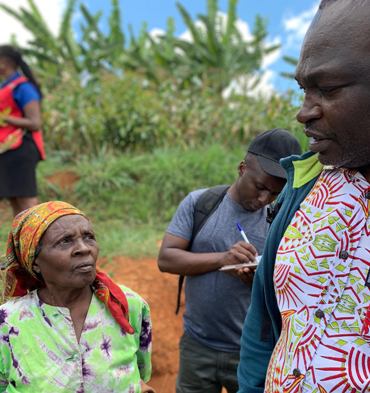 ‘I felt vibrations and saw tipping trees’, says the diminutive farmer who grows tea. ‘Then water came up in puddles. I believe there is underground water and the soil fell in and filled the gap.’

Faith speaks with great poise but does admit to being scared. ‘Whenever it rains and we see a crack in the ground, I start to think: now where will I go?’

‘I felt vibrations and saw tipping trees’, says the diminutive farmer who grows tea. ‘Then water came up in puddles. I believe there is underground water and the soil fell in and filled the gap.’

Faith speaks with great poise but does admit to being scared. ‘Whenever it rains and we see a crack in the ground, I start to think: now where will I go?’

Adaptation. The other was a steep snaking road that should have been bioengineered with trees and deep-rooted grasses to prevent the landslides that now block it every year.

‘When it opened, people were clapping that they have a new road’, says Paul Murage, County Director Meteorological Services for Murang’a. ‘Now they are saying they should have been resettled’.

Since 1960, the county has experienced 116 landslides with many fatalities. But no one has perished recently, a fact the meteorologist puts down to better weather information through Kangema RANET 106.5fm, a radio station set up by Kenya Meteorological Department with the community.

‘The success is that we have recorded landslides but never had a death. We measure soil moisture and, before it can trigger a landslide, we announce for people to move’, says Murage, who is one of the facilitators of the course, run in early October by the United Nations Environment Programme (UNEP) and Kenyatta University with funding from Norway and the European Union.

Ecosystem-based disaster risk reduction (Eco-DRR) is a new field, falling under the larger umbrella of ‘nature-based solutions’. One of its leaders is Karen Sudmeier. 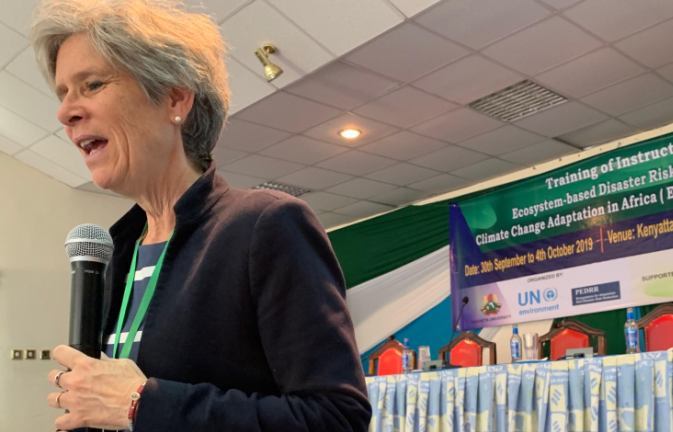 ‘They also saw that in Yala National Park in Sri Lanka, where there were wave-absorbing dunes, only five centimetres of water swept in and no one died. But where sand dunes had been removed, a whole seven metres of water came in and 27 died. People began seeing the value of healthy ecosystems.’

‘Hazards are natural but not disasters’, says the former forest ecologist.

A hazard might create a disaster in one country but not in another. Pointing to tropical storm Jeanne in 2004, she notes that the well-forested, more-affluent Dominican Republic saw 18 causalities while bare-hilled and poorer Haiti suffered 6000.

From countries as far apart as Sierra Leone, Ethiopia and Rwanda, the professors on the course, who are expected to train others, repeatedly cited agroforestry as a way to reduce the risk of disaster. As the top solution on his Bujumbura risk map, Burundian geographer Jean Marie Sabushimike wrote ‘agroforestry to restore soil’.

‘High rainfall events on wet soil on hill slopes can trigger “failure” in planes of weakness in the soil profile which leads to movement of soil’, wrote lead researchers Meine van Noordwijk and Kurniatun Hairiah in one piece of work.

They stated, however, that trees can prevent that movement of soil and stabilize slopes. Hydrologically, trees intercept and transpire water, reducing water in the soil. Mechanically, tree roots anchor the soil (a factor of rooting depth) and bind it (a factor of root density).

‘Tree roots do play a real role in providing mechanical coherence of the soil profile; it makes sense to expect that tree planting will, in the longer term and once the young trees have established root systems, reduce risk of landslides’, said the researchers. 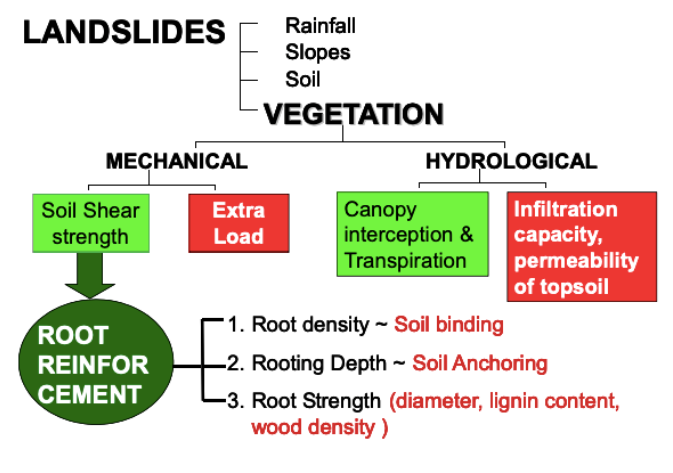 Visualization of the relationship between landslides and vegetation. Source: ICRAF 2008 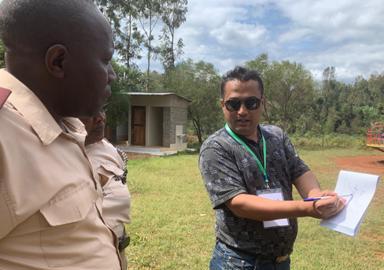 ‘I would love to know because you are disaster experts’, says Deputy County Commissioner Margaret Mbugua, gesturing to hills thickly covered with coffee and tea bushes and Eucalyptus and Grevillea trees. ‘Should we still educate our people to plant trees?’

‘Trees usually help but not always’, responds Nepali landslide expert Basanta Adhikari. ‘If you plant trees and the roots do not go past the slide zone, you make things worse because you’ve made the vegetation heavier. Some species add more strength to slopes than others.’

The latest landslide in Murang’a October 2019 after 108 mm of rain. Photo: P. Murage

‘You say you are planting trees but still there are landslides? Let me say this: if you did not have trees, you would find the entire county sliding down. It would be so much worse.’

The experts resolve to bring recommendations, Murage vows to keep up radio warnings, the professors form a network. Just days later, however, Murage sends out an SOS.  ‘Another slide. I am collecting data. No lives lost but impacts on livelihoods.’

‘Deep sympathies to the affected’, Professor Sunita Facknath from Mauritius texts back. Geographer Majaliwa Mwanjalo from Uganda texts that he will lead a proposal to ‘pin’ the cause of the slide. ‘I think we can find the right trees.’

Eco-DRR is increasingly important as populations grow, tree cover diminishes, and the climate crisis worsens. World Agroforestry is on board.

World Agroforestry (ICRAF) is a centre of scientific excellence that harnesses the benefits of trees for people and the environment. Knowledge produced by ICRAF enables governments, development agencies and farmers to utilize the power of trees to make farming and livelihoods more environmentally, socially and economically sustainable at multiple scales. ICRAF is one of the 15 members of the CGIAR, a global research partnership for a food-secure future. We thank all donors who support research in development through their contributions to the CGIAR Fund.