Home   /   Global   /   Collaboration must be at the heart of climate action

Collaboration must be at the heart of climate action 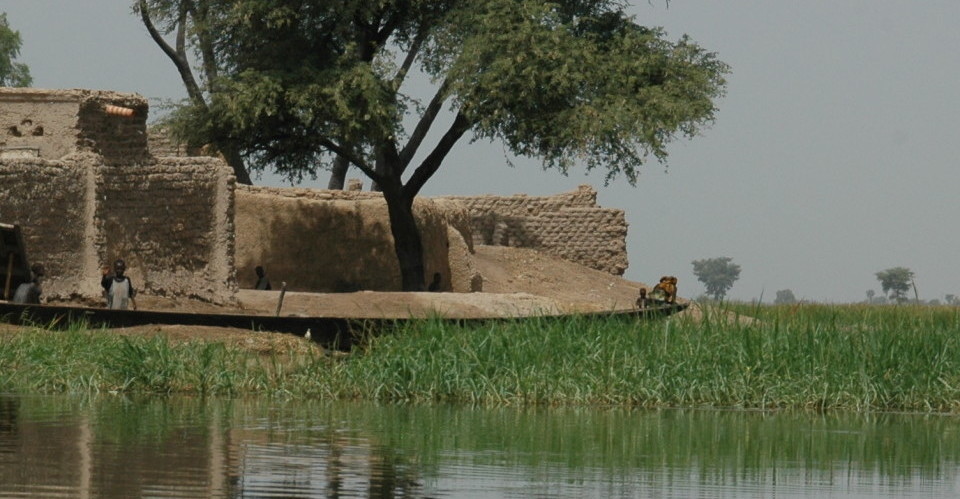 This year, Earth Day marks the 50th anniversary of the birth of the modern environmental movement, when 20 million people mobilised to call for greater protection of our planet. This year’s theme is climate action, underscoring the urgent need to address climate change.

One ecosystem in particular holds the key to helping us store carbon and adapt to the effects of climate change: wetlands. Wetland ecosystems feed, water and shelter many different species, as well as acting as buffers against extreme weather events. They also help reduce the Earth’s temperatures. While rainforests are the lungs of the earth, wetlands are their lifeblood, but we are losing them three times as fast. By acting to restore and conserve wetlands, we both reduce the impact of climate change and help society to adapt.

Climate action must be collective action, from global to local levels, with collaboration at its heart. In particular, collective action can help increase the speed and scale of wetland conservation and restoration efforts. The projects in Tanzania, Indonesia and Mali highlighted here demonstrate the many shapes and forms this may take.

The forest can come back if we work together

The Rufiji Delta in Tanzania is home to 53,255 hectares of wetlands, making it East Africa’s largest mangrove forest. This area provides breeding grounds for fish as well as farming sites for rice. In addition, the delta’s wetlands are responsible for storing thousands of metric tonnes of carbon every year, rivalling the amount of carbon stored in rainforests.

According to a population census in 2015, 12,000 people in the Rufiji Delta directly depend on the delta’s ecosystem for their daily sustenance. In the words of Jumanne Yusuf Ikumbi, the chairman of a village in Rufiji, “No trees, no life.” Mr. Yusuf, who was born and raised there, has been working tirelessly to raise awareness of the issues facing the delta and their effects on the mangroves he has grown up with. However, despite the significant value of mangroves, they are increasingly under threat mainly due to illegal logging. Causes of mangrove loss and degradation range from agriculture development for rice and over-exploitation for poles and timber in the absence of alternative income sources. On top of this, the effects of climate change also loom, which include the rise in sea level, severe drought and heavy rainfall. 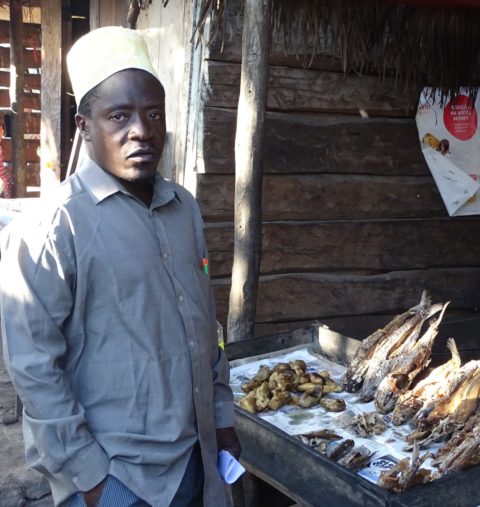 In 2017, Wetlands International (WI) launched the project Mangrove Capital Africa, which aims at raising awareness of the value of mangroves and provide the knowledge and tools needed to improve the management of mangrove forests. Enabling community members as well as governments to manage mangroves properly is essential for protecting biodiversity and supporting the local economy. Mr. Yusuf makes the point: “The forest can come back if we work together. We can change and reverse the challenges facing the delta. It might not be 100 per cent but we have to try, and it can be achieved over time.”

Collaboration and innovation across communities, ministries and technical experts 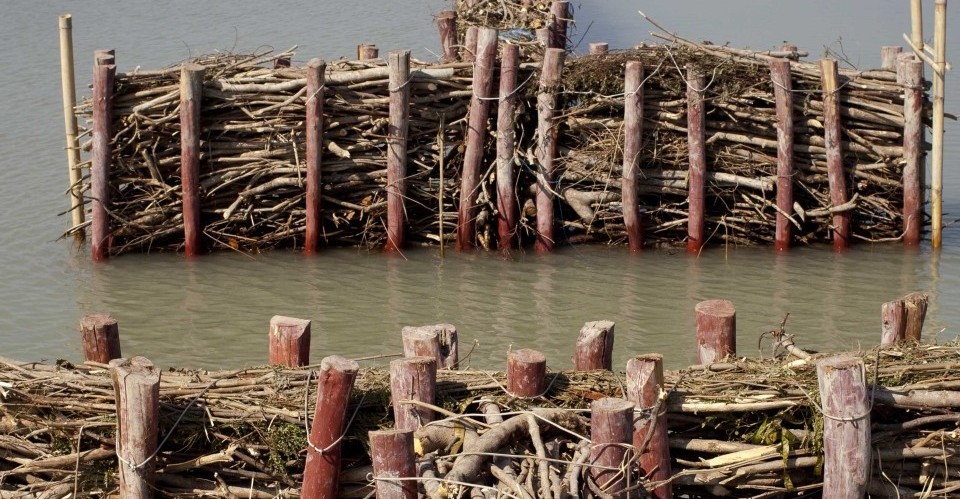 A dense mangrove forest used to surround the village Timbul Sloko, but over the last decades large areas were cut down and replaced by aquaculture shrimp farms. Cutting down the mangroves meant that there was no longer a natural buffer between the village and the sea, and as a result, the village got regularly flooded. But in the last few years, a collaborative initiative to restore the mangroves has restored hope among the local community.

Since 2015, as part of the Building with Nature project, a collaboration between community, ministries, technical and knowledge experts has been constructing a semi-permeable bamboo flood barrier across 14 districts in Demak. This enabled to recapture and settle the fine sediments, and the mangroves can start reseeding. Due to this initiative, there is now hope for the residents of Timbul Sloko. The collaborative knowledge that has been developed as part of the initiative is enabling it to be scaled up across 15 landscapes in five countries by 2030, boosting the resilience of 30 million people.

In some instances of wetland management – and hence climate action – collaboration is best supported through tools. In the floodplains of Mali, for example, different groups have adapted their livelihoods around the flooding of the delta. Fishers are first to make use of the water resources, and when the waters recede, herders move in to bring their cattle to pasture on the bourghou grasses. Finally, when the soil is ready, farmers take the opportunity to grow crops. Each group relies on a harmonious timing and balance of resources. If the balance is disrupted, it can lead to fierce competition for natural resources and even conflict.

During times of rapid climate change, natural resource use requires effective governance, and here, inundation (flood) monitoring tools are crucial. OPIDIN gives an early warning to people who live in flood-prone areas. It also helps the government and the international community to anticipate possible water crises and food shortages, giving them time to plan an adequate response.

So, this year, let’s celebrate not just the Earth but also our connection to it. For us all to thrive, we must not only protect and restore our wetland ecosystems; we must continue to strengthen the resilience and sustainable livelihoods of local communities, allowing them to better respond to and cope with climate change.