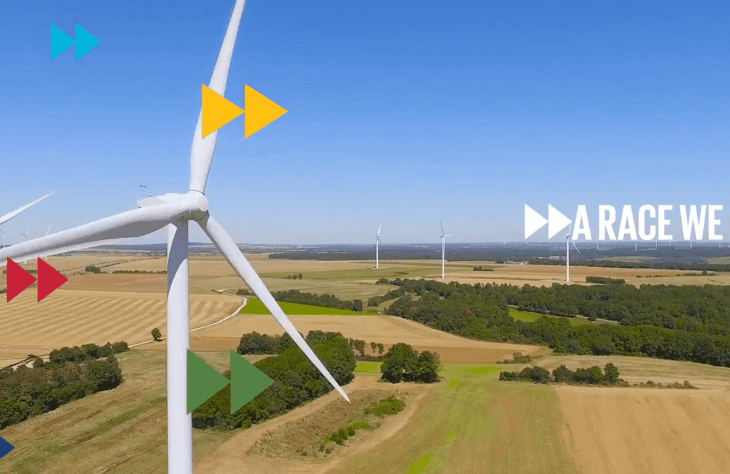 With global emissions are reaching record levels and showing no sign of peaking, UN Secretary-General António Guterres called on all leaders to come to New York on 23 September for the Climate Action Summit with concrete, realistic plans to enhance their nationally determined contributions by 2020, in line with reducing greenhouse gas emissions by 45 per cent over the next decade, and to net zero emissions by 2050.

The Climate Action Summit, and the Climate Youth Summit, succeeded in focusing the attention of world leaders, from government, the private sector and civil society, on the urgency for action to address the climate emergency, and on increasing climate action.

It was designed to be a different kid of Summit. Countries were also asked to present concrete and realistic plans compatible with these goals. The Secretary-General asked leaders to come to the Summit to present plans, not make speeches. The most ambitious plans were presented on 23 September, creating a unique opportunity to showcase leadership towards transformative climate action that would make change in the world.

“I called the Climate Action Summit to serve as a springboard to set us on the right path ahead of crucial 2020 deadlines established by the Paris Agreement on climate change. And many leaders — from many countries and sectors — stepped up.”

The Climate Action Summit reinforced the global understanding that 1.5℃ is the socially, economically, politically and scientifically safe limit to global warming by the end of this century, and to achieve this, the world needs to work to achieve net zero emissions by 2050. The Summit also demonstrated the need to urgently update and enhance their short-term commitments by 2020, and the mid-term commitments by 2030, that will be captured in their national climate plans, known as Nationally Determined Contributions to the Paris Agreement.

There was also widespread concern that the world is presently way off course to meet the global target, as emissions continue to increase, and global temperatures rise. The last four years were the four hottest on record, and winter temperatures in the Arctic have risen by 3°C since 1990. Sea levels are rising, coral reefs are dying, and we are starting to see the life-threatening impact of climate change on health, through air pollution, heatwaves and risks to food security.

The Summit featured the full participation of governments, business leaders, subnational actors, indigenous peoples, youth and other civil society stakeholders, who, together, was critical to raising ambition for climate mitigation and adaptation. Together, they launched transformative initiatives in twelve critical areas that will provide the foundation for action going forward to reduce emissions and strengthen adaptation and resilience. The Summit acknowledged the need for pledges to be accountable and provided a baseline for monitoring the progress of the initiatives to ensure that promised results are achieved.

The Summit demonstrated the political leadership of 70 countries which committed to deliver more ambitious national climate plans in 2020 in line with net zero emissions by 2050 strategies. While these countries represent a significant portion of the world’s population, they account for less than 10 percent of the world’s GHG emissions. Some countries, unable to announce commitments at the Summit itself “committed to commit” to new plans by the end of 2020. Finally, 75 countries committed to deliver 2050 net zero emissions strategies by 2020.

Through concrete examples, the Summit highlighted how climate action can have tangible and beneficial impacts on people’s lives, including on their jobs and health, and therefore the need to align policies and systems to accelerate the implementation of both the Paris Agreement and the Sustainable Development Goals (SDGs).

Many businesses showed that they are moving to take climate action. A group of the world’s largest asset-owners — responsible for directing more than $2 trillion in investments — committed to move to carbon-neutral investment portfolios by 2050 and 87 major companies with a combined market capitalization of over US$ 2.3 trillion pledged to reduce emissions and align their businesses with what scientists say is needed to limit the worst impacts of climate change—a 1.5°C future. In addition, 130 banks – one-third of the global banking sector – signed up to align their businesses with the Paris agreement goals.

The Climate Action Summit set a clear direction for further climate action. Initiatives, launched in 12 areas, provide the foundation for scaled-up action. But the Summit also highlighted areas where much more action is needed to secure our footing on a path towards 1.5℃ by the end of the century. This will require renewed leadership at all levels and across all sectors of society.

The Secretary-General has committed himself, and the UN System, to remain on the frontline of climate action every step of the way. This means building on the achievements of the Summit, deepening the collaboration with all stakeholders, and amplifying the voice of youth to drive the ambitious commitments needed to secure our footing on a path that keeps us within 1.5°C. In addition, he is committed to overseeing the coordinated engagement of the United Nations system to effectively implement the Summit initiatives, along with the partners that have pledged to continue work on the Summit’s initiatives.